It was time for Team Tortoise to run another endurance event, and 12 hours of Sebring seemed a good as place as any.

We drove the BMW GT3 car as it is built like a Tank, it can take some damage and still get to the end of the race.

Big thanks to Rens’ for getting the paint ready for the race and being the race engineer.

Now i need some driver’s to help me do the race.

I have done 2 races in the BMW a long long time ago when the car was new, Thomas and Tom had not done more then 10 races in the car,

while Corey never even had the car till a week before the race.

so we were ready then 🙂

We had 7 HPD’s that would be getting in the way..opps sorry i mean racing between us. In fact the HPD’s were mostly very well behaved.

So Tom started the race and all went very well, the first stint is always manic and very scary.
Tom did a great job though in the first 30 lap stint, then it was over to me and my 30 lap stint, which was fine and dandy. I came in on lap 60 and handed back to Tom new tyres and a tank full of fuel and out he went again. All was fine until lap 74 and 2 cars in front had a coming together around turn 3, Tom slowed to see which way they would end up and get hit up the arse by the lead Ruf. Tom was hit pretty hard and knocked onto the grass with the other 2 cars. Now the car had some left rear end damage but it did not effect the handling of the car, but it did have aero damage that slowed us and made the car use more fuel….no more 30 lap’s to a tank full, we also lost a few places while sat on the grass waiting to rejoin safely.

Me and Tom did our stints trouble free from then on.I did 60 laps with 0 incidents, Tom did 89 laps with 6 incidents and 4 of them were not his fault.Thomas was next up and Thomas did what Thomas does best, lap after reliable lap, in fact 114 laps with just 1 off track.Then with a stint done it was over to Corey to keep knocking clean laps out and stay out of trouble,And he did this rather well.

Back to Thomas then back to Corey, laps and time flying by.

When it came time for my last stint i saw that the Grip.TV car was catching us. So i asked him to do one of my stints.I thought Thomas would do a better job than i would, so off he went, to do more steady laps. And he did a mighty fine job, as he pitted the Grip.TV car was still behind, so job well done.

The last 50 min stint went to Corey, when he came out the pits he  was side by side with Matt Malone in the GripTV car.THE RACE WAS ON for 10th place, 11th would not do for either team and holy crap what a way to end a 12 hour race.Corey and Matt never stopped for a minute they were at it for the whole last stint, Matt trying everything there was to try to get past Corey.It was so close the whole stint but Corey did a excellent job and kept Matt behind.

We ended up in 9th place on the track and 8th place in the points, we inherited 8th because Kimmo Suominen got a DQ for doing the whole 12 hours on his ownhe was in 3rd place until then and had done 349 laps….So man of the race goes to Kimmo Suominen.

It was one of the best last stints i have ever watched, words would not do the battle justice ,

so watch the First video it is the last stint from Matt’s car.

Full 12 hours of Sebring from RaceSpot.TV

Last hour from most exciting cam 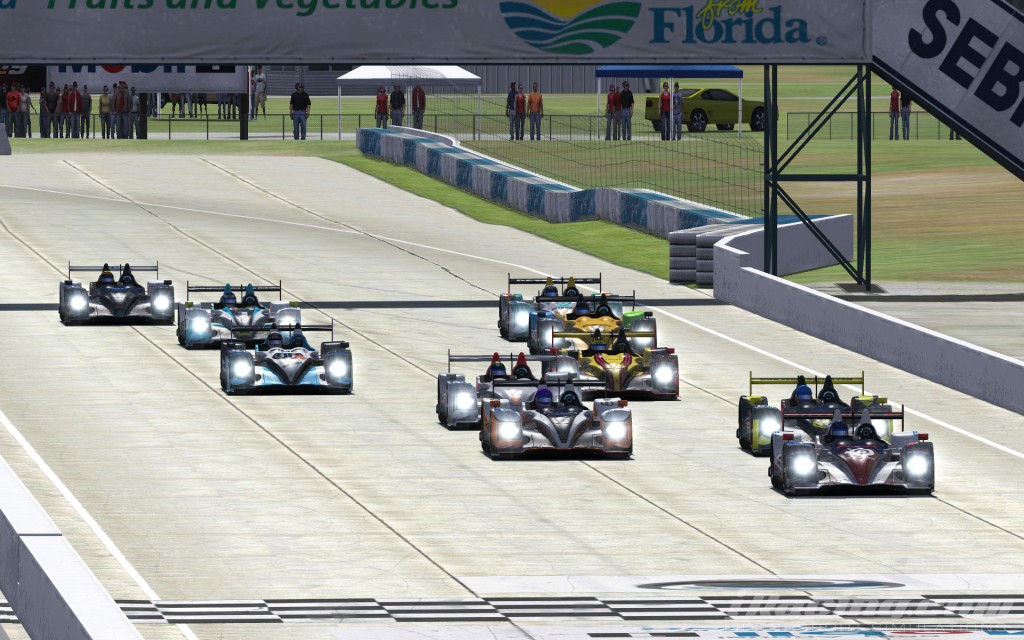 HPD’s putting the hammer down. 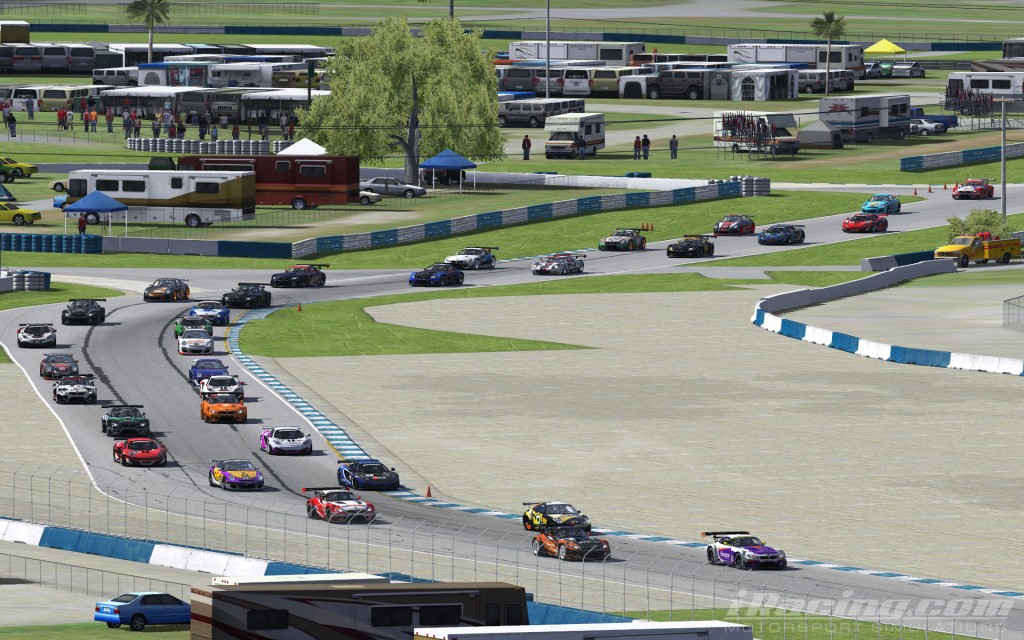 Out lap ready to go on green. 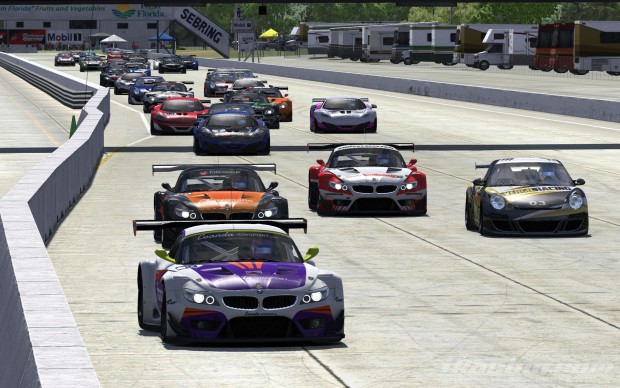 Markus Lendermann in the Coanda car Leading the GT3’s into turn one. 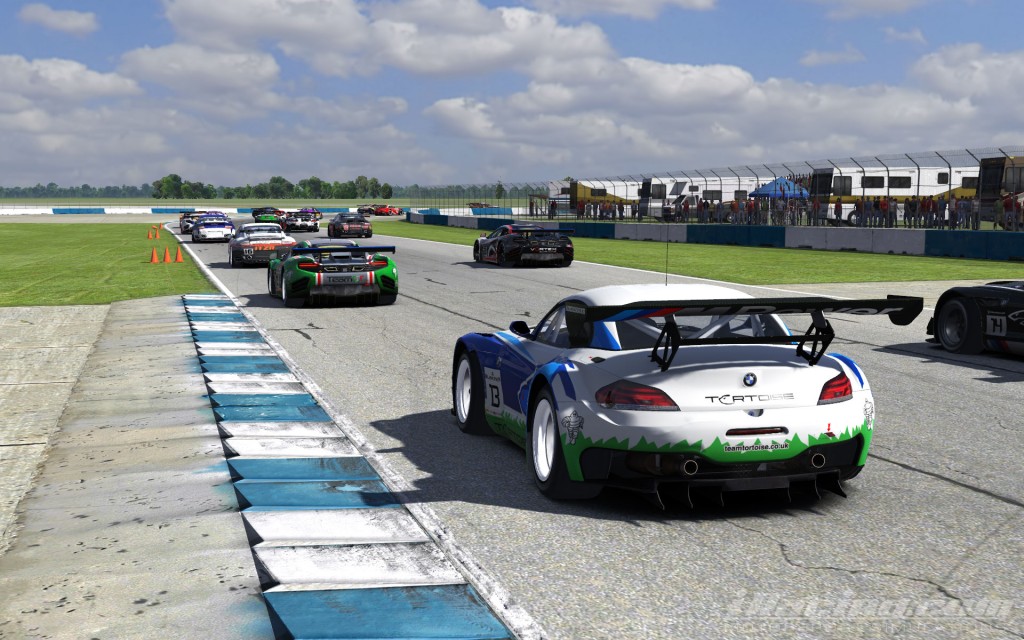 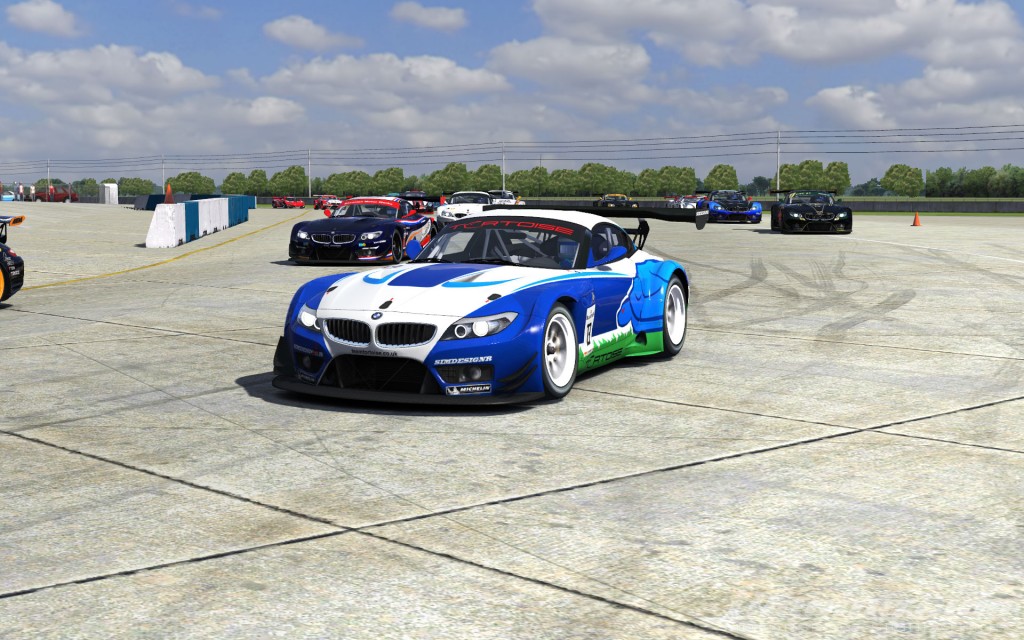 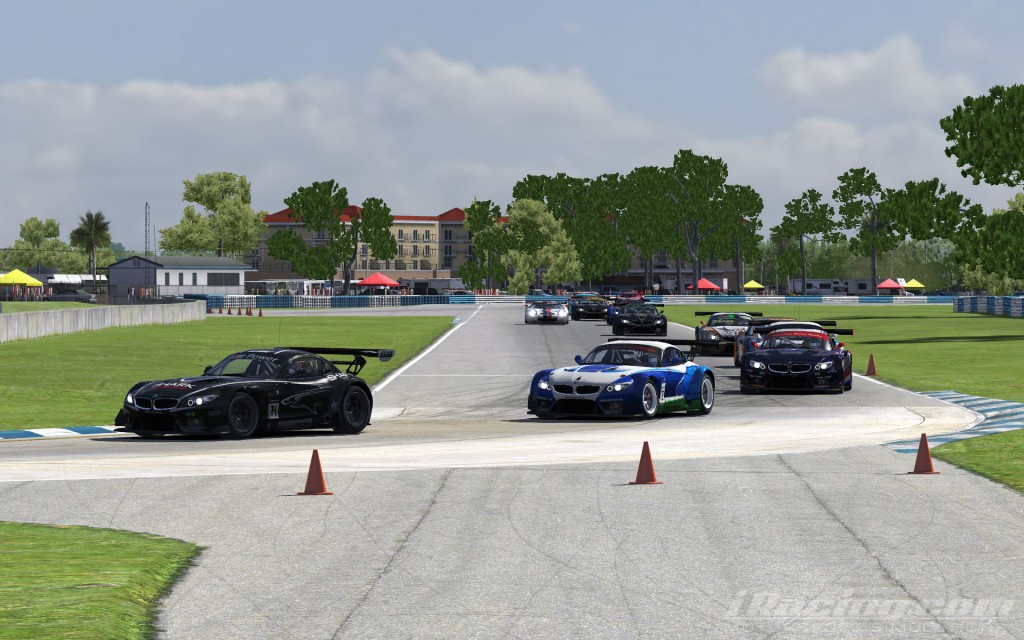 First lap or so and Tom getting settled in. 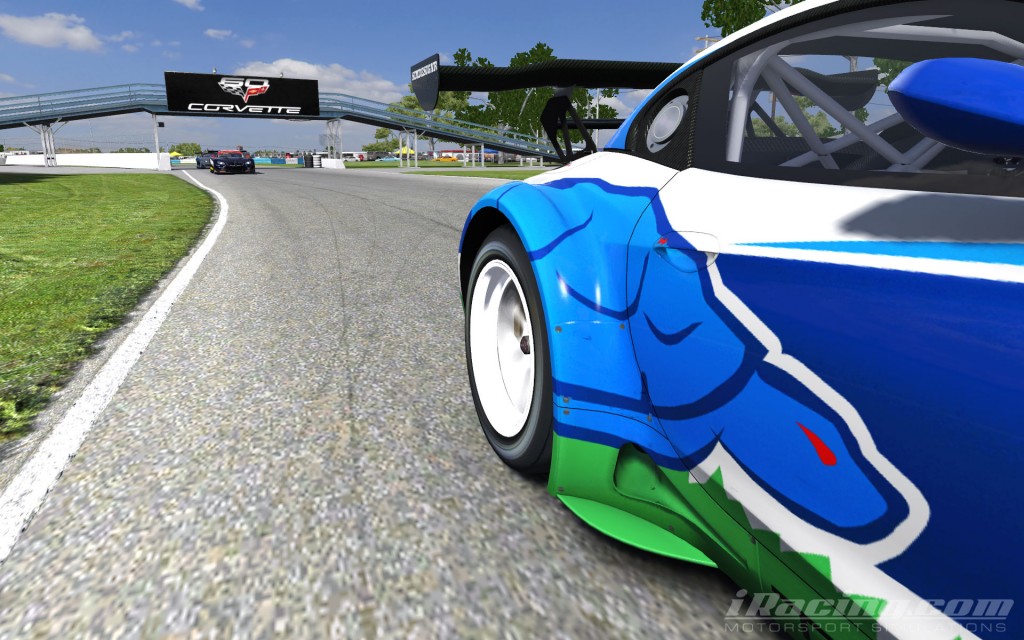 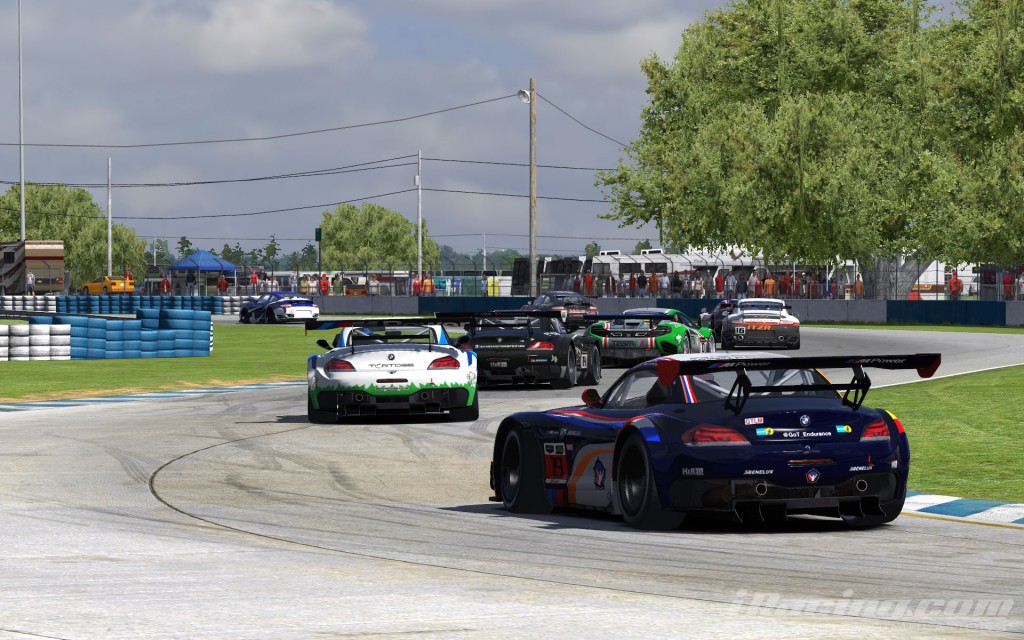 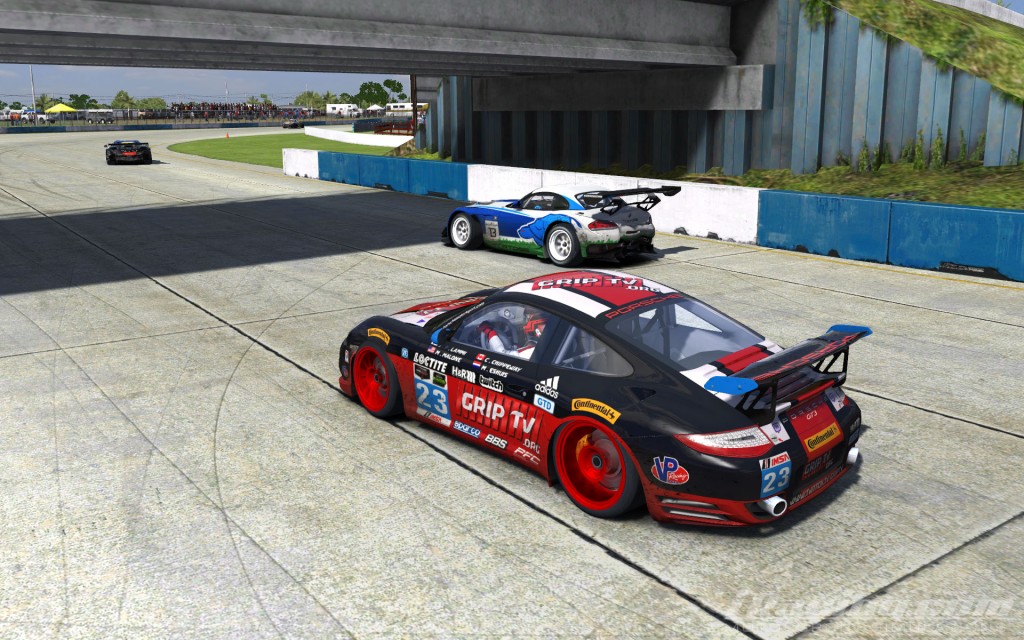 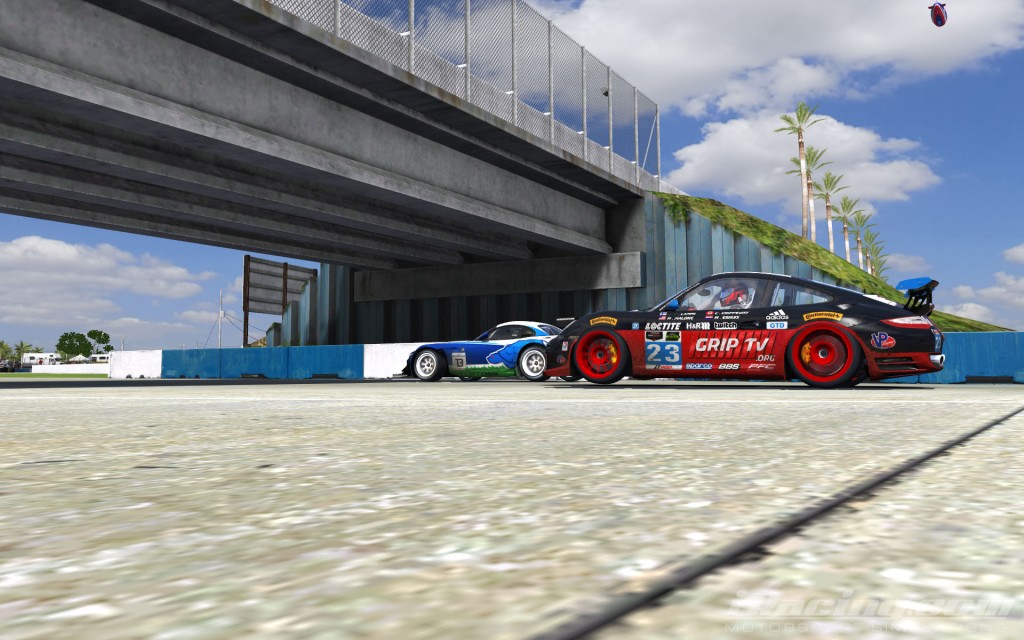 Both front wheels off the floor in Matt Malone’s GripTV.org car. 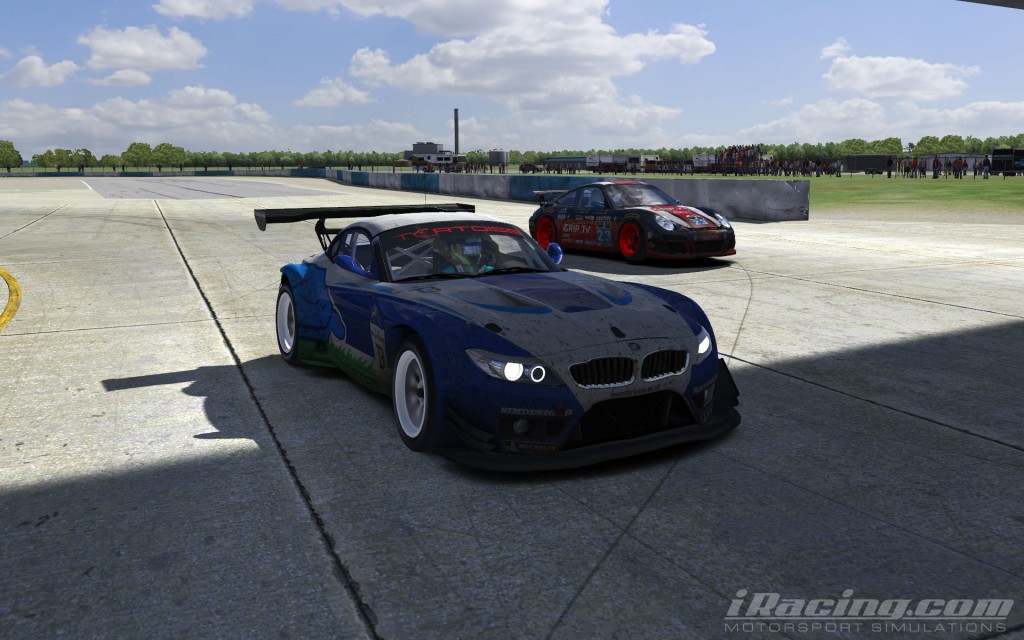 Hard on the power for the race to the line. 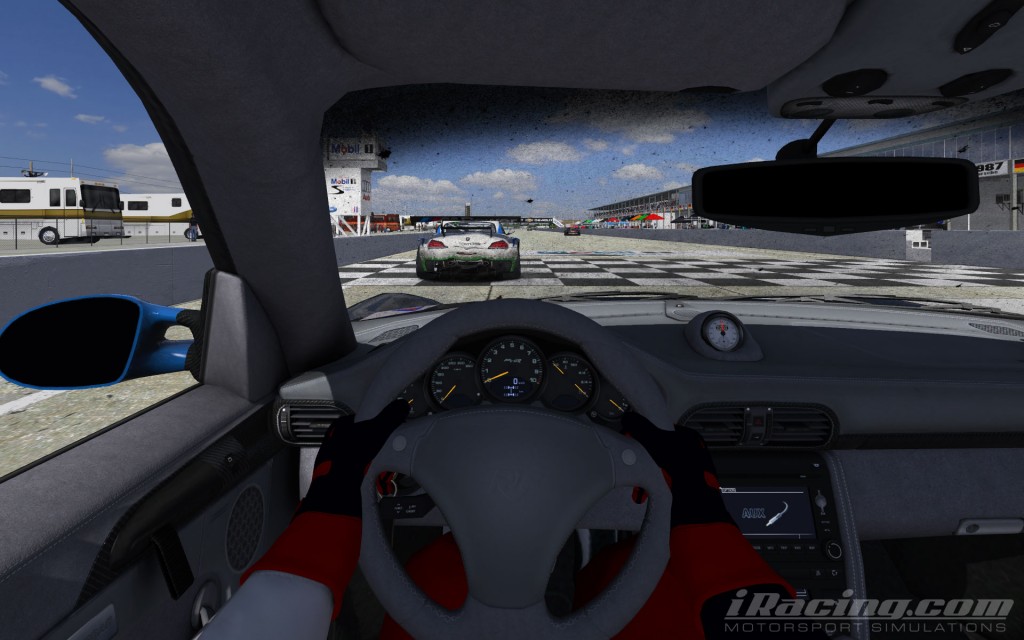 View From Matt Malone’s GripTV.org car at the finish 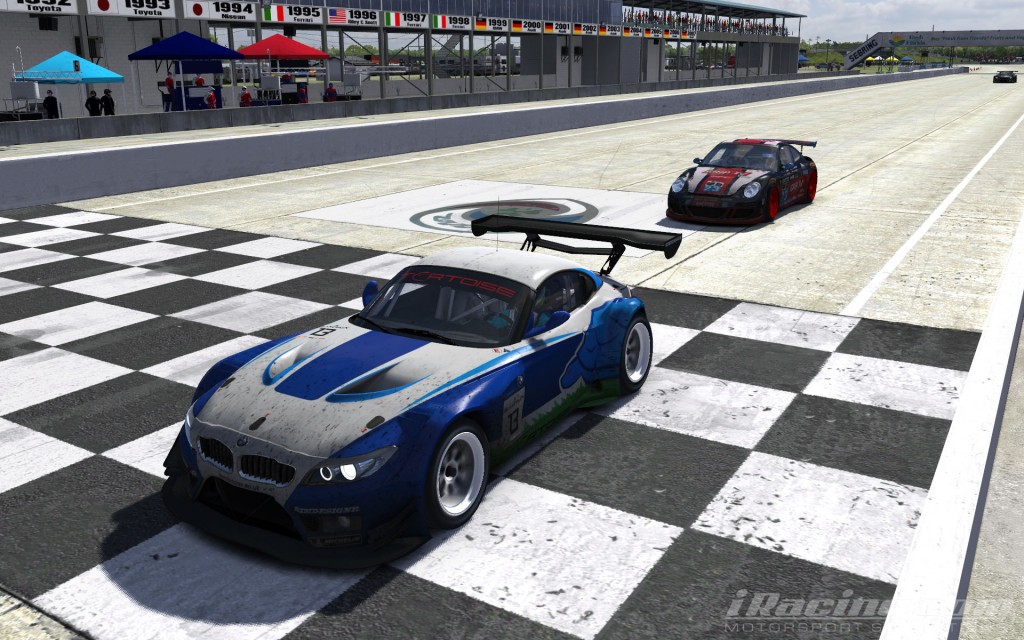 Epic battle came down to this at the end.