Team Tortoise has a car entered into the first 24 hour race held at iRacing.

This is multi class racing with 3 Cars of different pace,there will be around 57 cars on track.

Now that we have driver swaps we can have 3 or more drivers to help with the racing.

The 4 drivers for this race are

I would like to thank www.coanda-simsport.net and www.nfinityesports.eu for lending me a couple of Drivers 🙂

This is our car for the race. 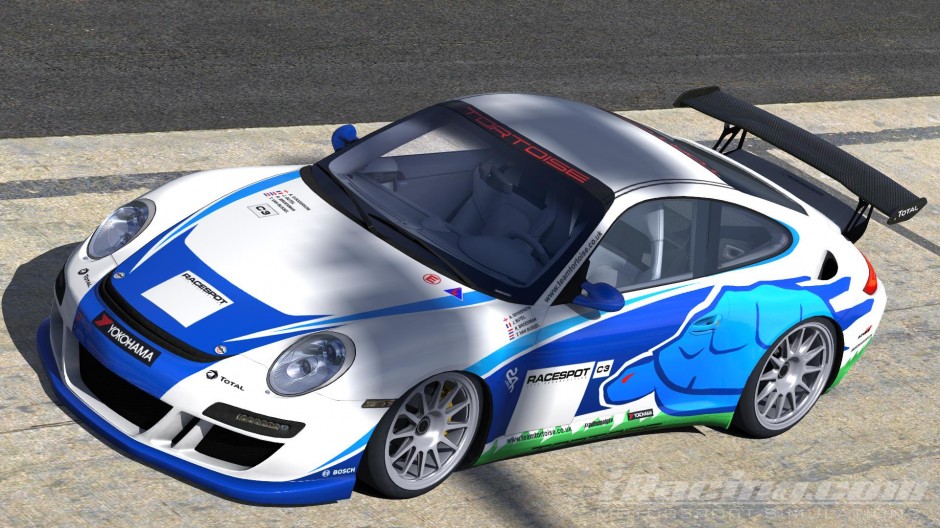 A BIG thanks to Rens Broekman of http://simdesignr.blogspot.co.uk/

For painting the Team car for this event.

And Average of the teams 3 driver’s times got the car into the shoot out stages where the top six cars get to do 1 lap qualify.

Of course you put your fastest driver in the car for this lap, here is Rens doing his lap,

One out lap and then the run to the Finish.

No off tracks or your out and the time would not count, so the pressure was on for all driver’s.

How far will Team Tortoise get ?

Well on the last lap of my last stint 2hours before the end and 4 laps in the lead…..At the Top of Eu Rouge i had a slow down penalty for running wide

No worry, there was no one around so i took it early on the left…braked as hard as i normally do to loose speed and dropped a gear….but i dropped 2 gears it seems and the car shot right

there was nothing i could do to save it…..i never knew what had gone wrong till the following day when i looked at my replay. i have no idea why it or I dropped 2 gears, but it locked the rear in a instant.

Got it back to the pits with the steering at 90 degrees out, had some repairs and Rens like a true hero took her out for as long as she would go.

In the end the engine blew up and our day was done.

So from leading for 20 hours and 4 laps into the lead in the end we Got 9th place in our Class and 29th overall.

We were the team with the least inc in our class and 2nd over all cars.

So i am very sorry for the team for my none incident that turned into a race ending one.

It’s not over until you cross that finish line.

Well done to Team vApex for taking the win from the back of the field, Good job guys.