So for the 4th race in the Heusinkveld Mazda World Tour we go to Melbourne Australia and Phillip Island Circuit. 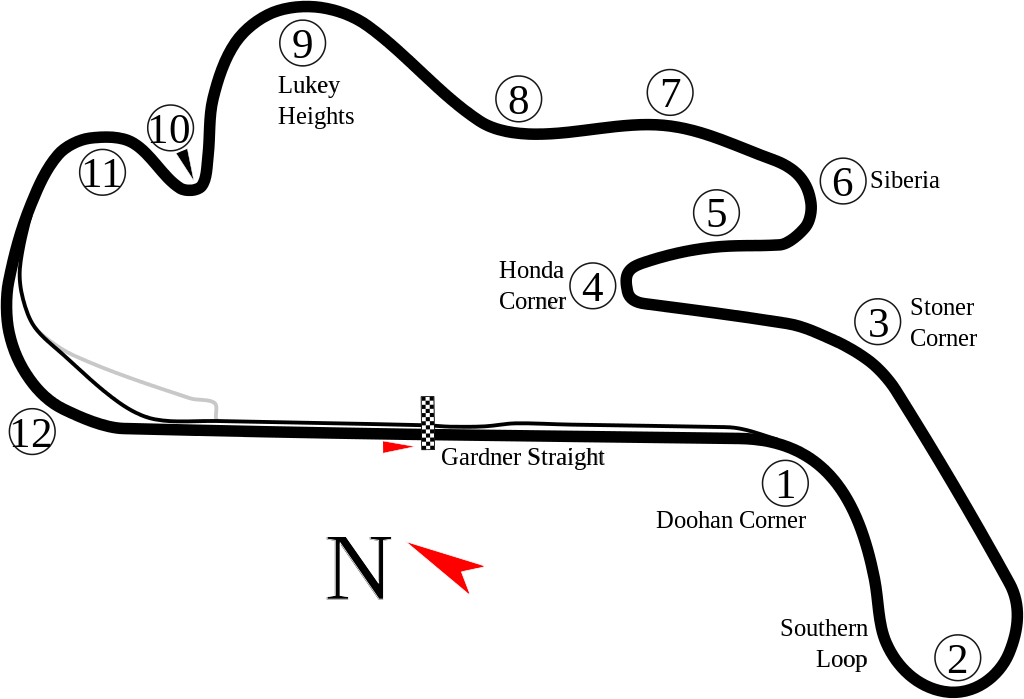 By Will Pittenger (Own work) [CC BY-SA 3.0 (https://creativecommons.org/licenses/by-sa/3.0)], via Wikimedia Commons

Now the good news is that i like this track so at least my head was in the right place to start with.

Qualifying went ok for me and Tom, JB was further down the field.

So we all got off to a good start really for the first few turns, had a bit of a close call at turn 6 Siberia where some cars had come together, but we managed to keep out the way.

Tom had a really good race fighting with the top 9 drivers from the 1st lap to the last, swapping places all over the place, even taking the lead

JB had a bit of a control issue after lap 9 the issue was he lost control 3 times in the race 😛 but he made up some places.

My race was on from the 1st to the last lap also, does not matter how much time you made up on the infield you then lost it on the straight.

Me, Neil Bamber and Michael s Wright were back and forth the laps seemed to go on and on. It was a real hard fight but one of the best races i have had on the iRacing service. I pitted early trying to break the tow, but messed my pit up again adding full fuel and losing a few seconds

when i came out the pit i was now behind Neil ..crap. So we carried on as before until the finish line where i managed to get the win over Neil by 1400 hundredth of a second (2nd to last picture) and Michael 1/2 second behind that after having a incident at the last corner with Nick Thissen. So i ended up in 15th leading the amateurs Neil Bamber in 16 and Michael Wright in 17, JB ended up in 26th position.

Tom Eric Voll for Team Tortoise was the 8th car across the line after a few mistakes but still a very close run race and a very clean race too.

Special Mention for Drees Nice who went from 21st to 3rd place with only 3 off tracks, well done to him.

We are off to the latest iRacing track which is Snetterton 300 for the next Round. 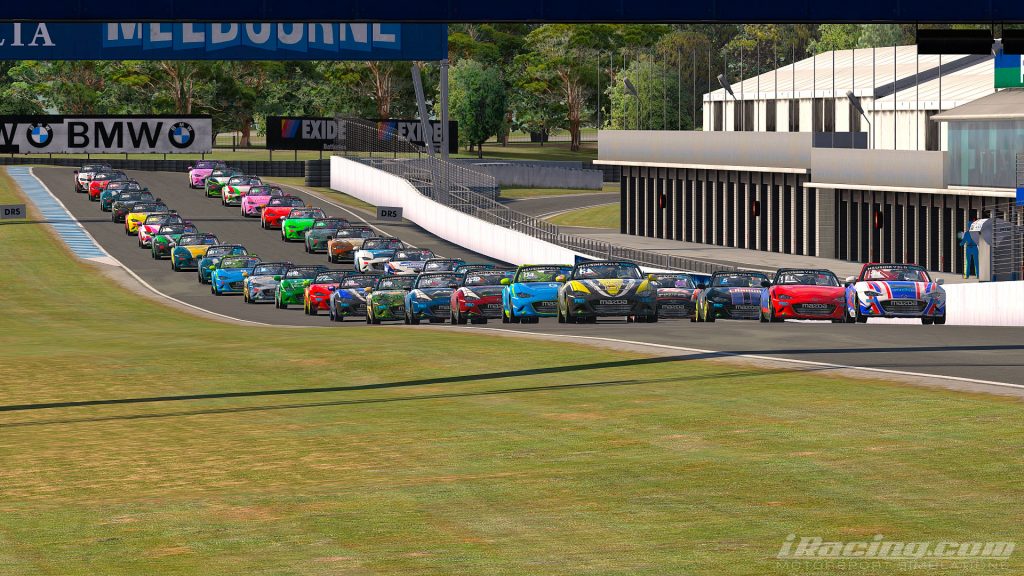 40 Cars Ready for the start 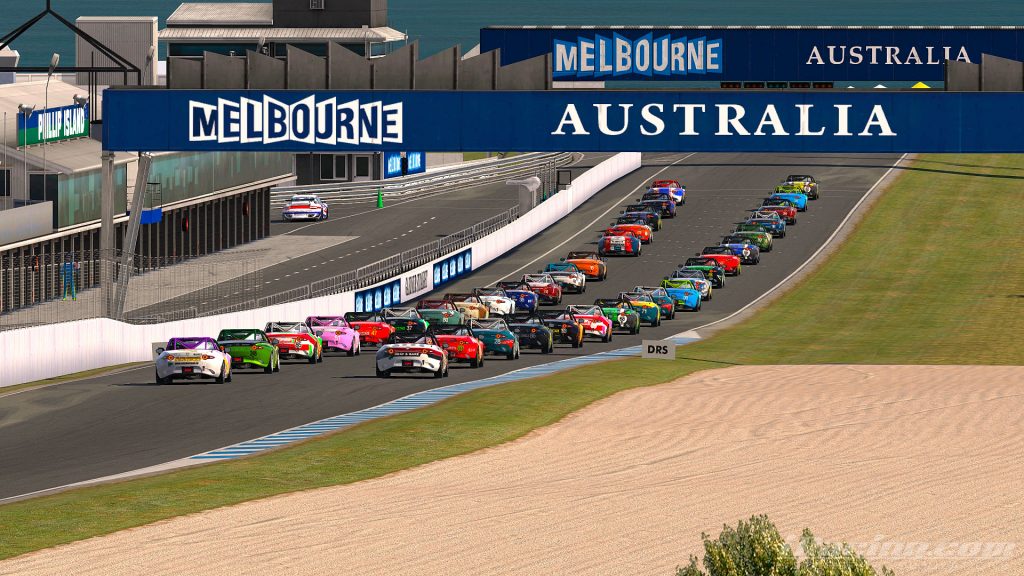 Looking down the grid from the rear 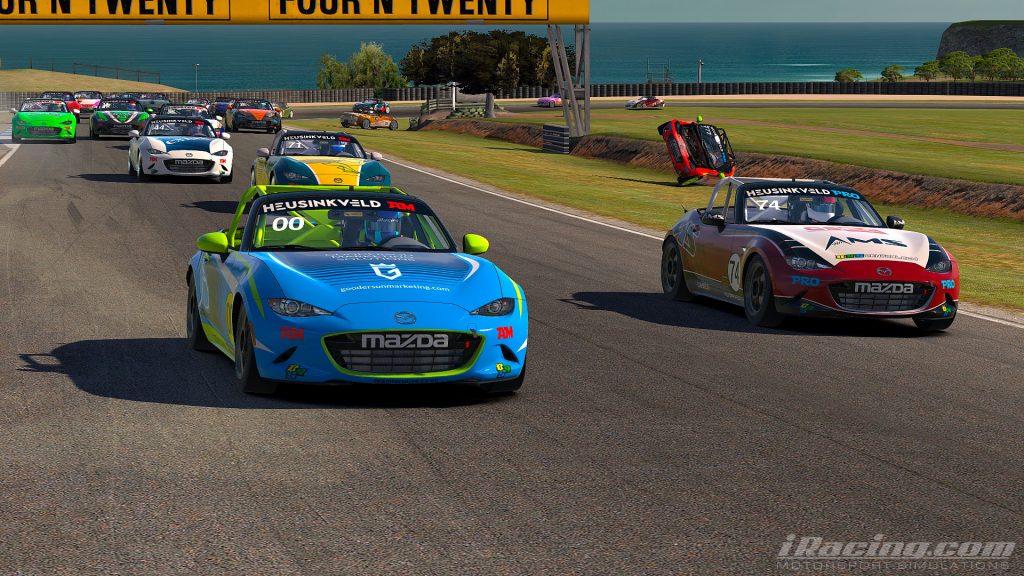 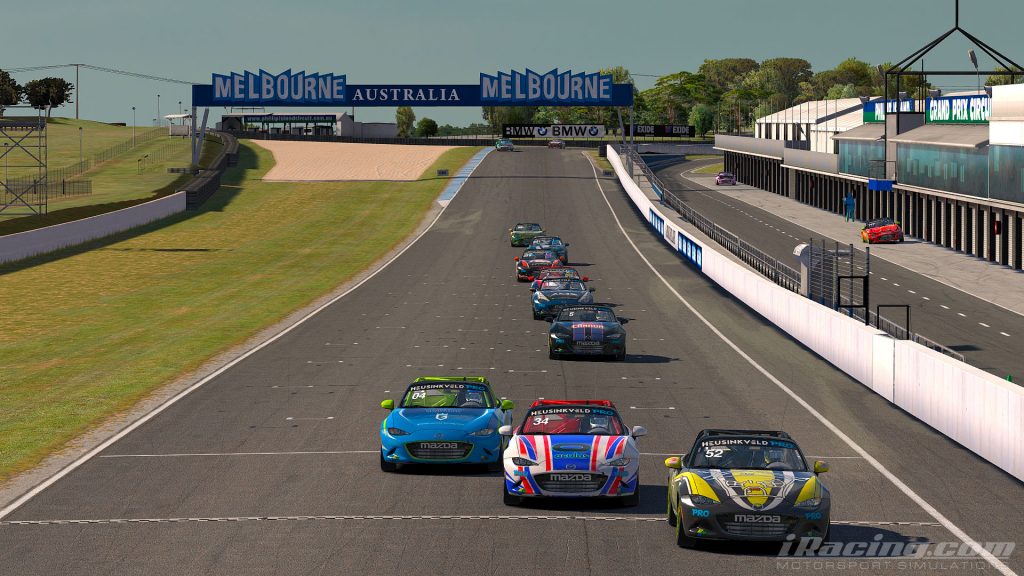 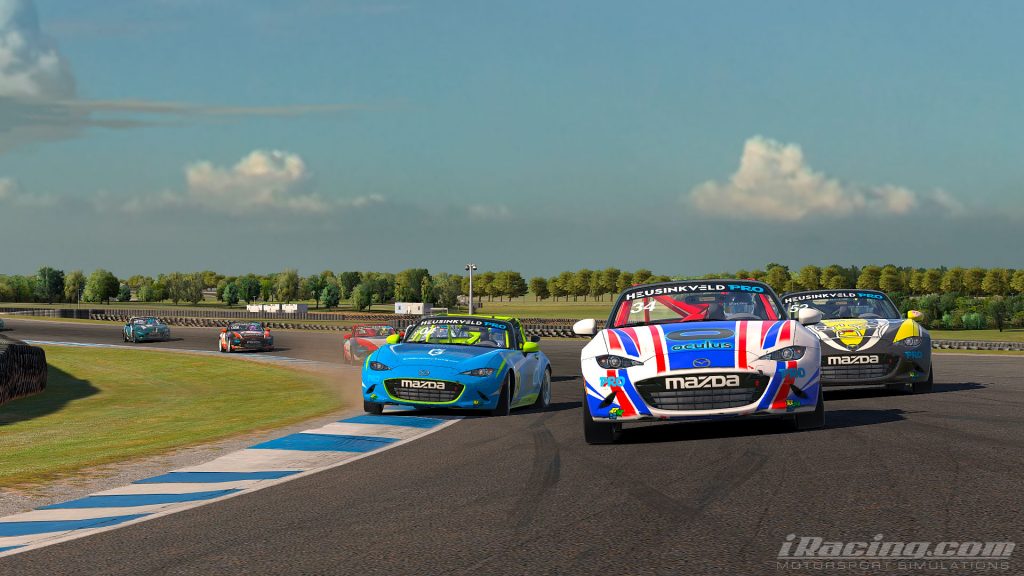 Tom getting it sideways at turn 1 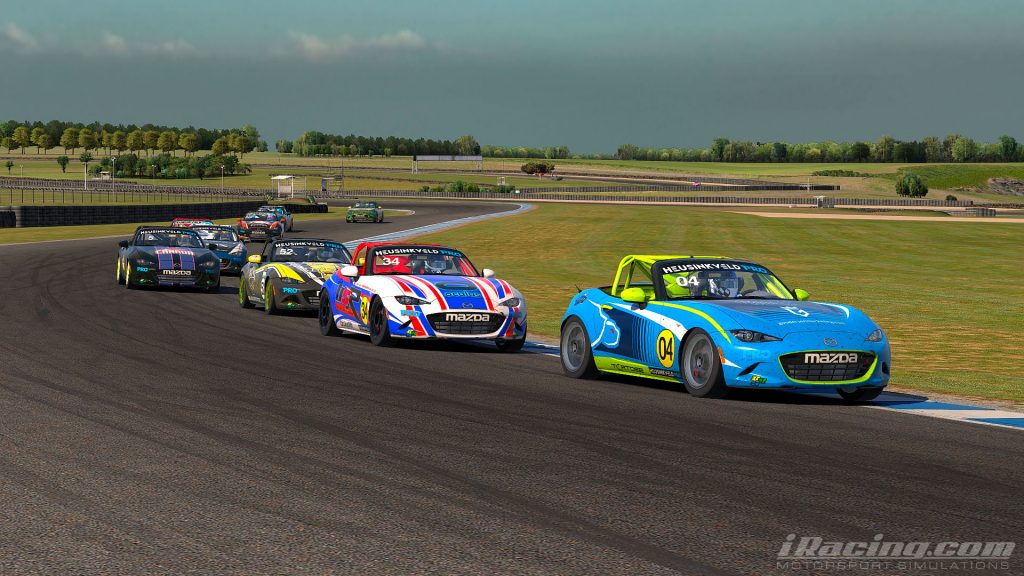 Tom leading the pack….for about 10 seconds 🙂 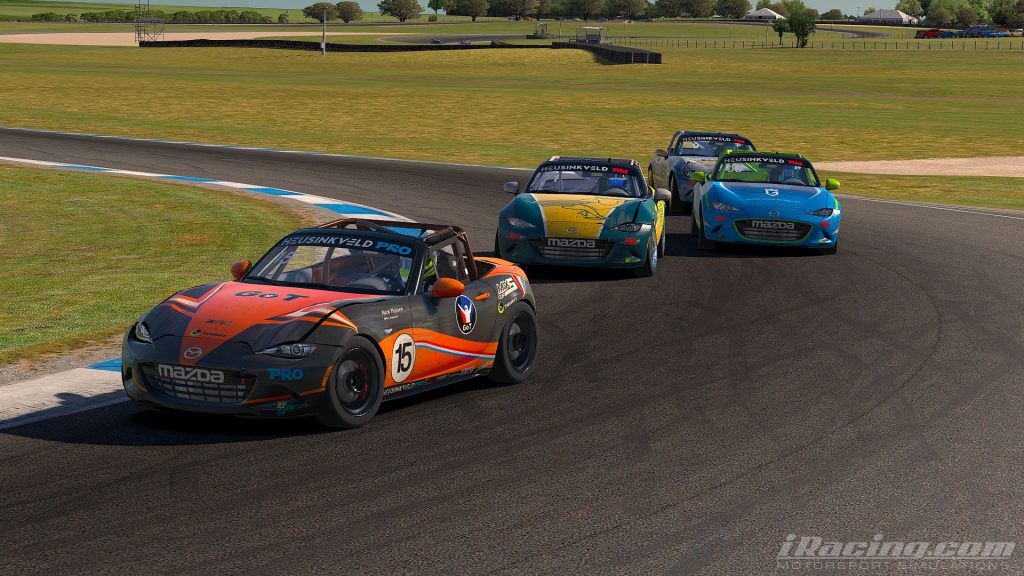 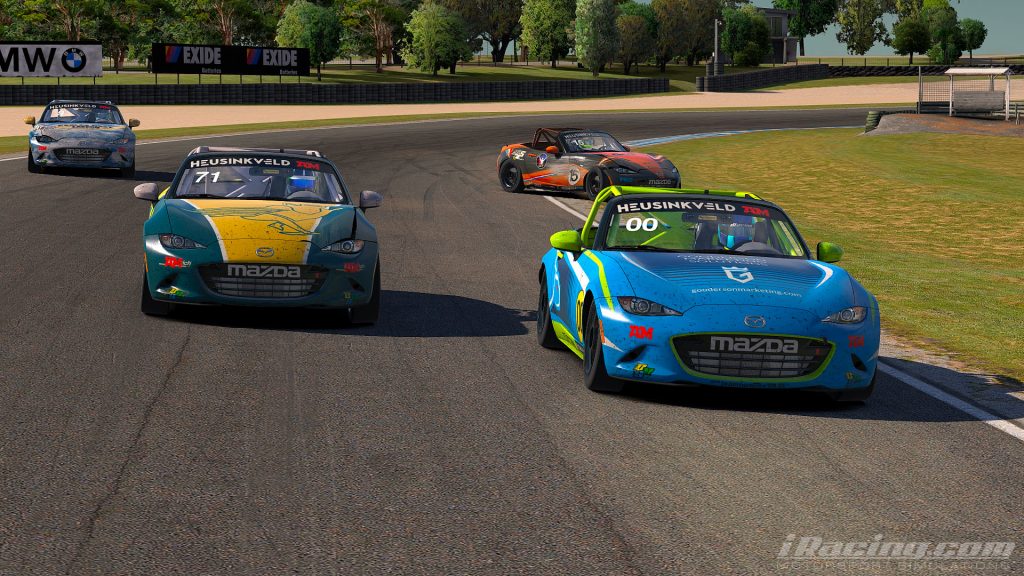 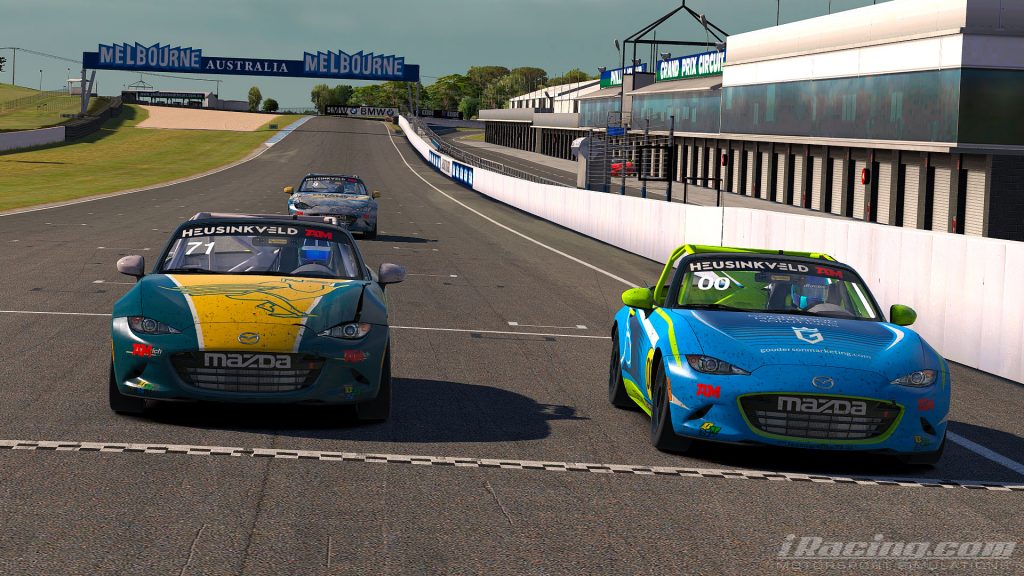 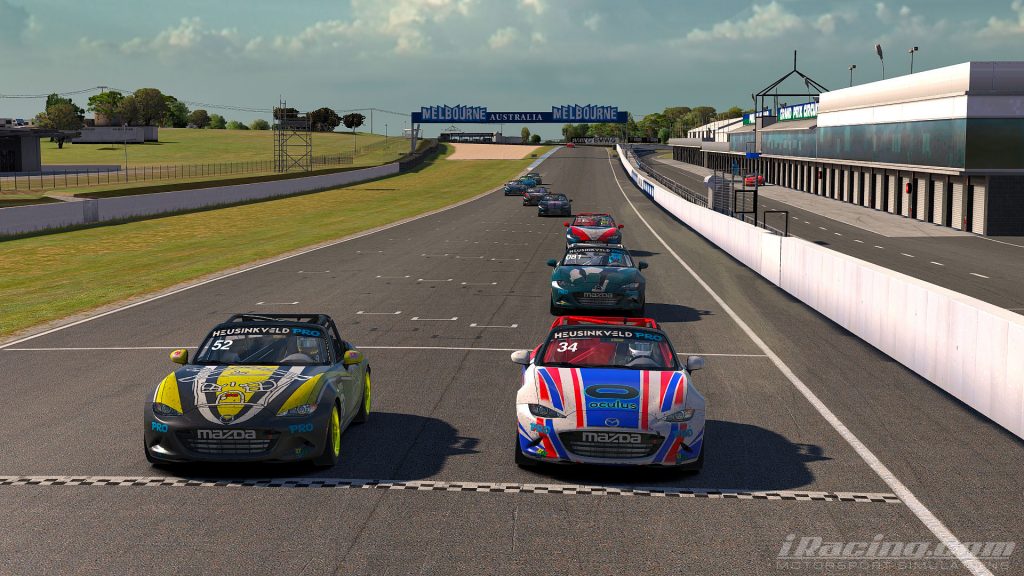 Robert R Hartley beat Steliyan Chepilevski by 2000th of a second for the win.