Only the first 5 laps worth watching to be honest.

So we were off to Donington Park in England for the 2nd race of the season,

Again Me, Jb and Noel and another 38 drivers showed up for this race

Top Qualifying time goes to Sonny Kanchin with a time of 1.42.961 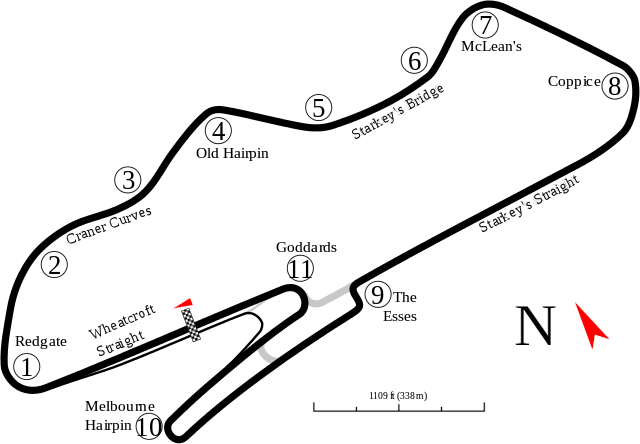 So the start started of quite peacefully, i lost a place on the start finish after a careful get away as i was not even pointing in the right direction,

I started right on the apex of the last corner, with JB to my right. Now the Bad news for Noel was that because of a couple of incidents at the previous race

After the first corner it was a case of follow JB for the next 4 or 5 laps, to settle in and wait for some movement, Well the movement happened at McLeans and i started to regret laughing at Noel.

One of the drivers ahead just tapped the lead car at the apex of McLeans and around he went. Normally that would not be a bad thing, except that the 6 of us were flying in

close formation…Hit the breaks and don’t panic ! well there was cars going in different directions, JB tapped the guy in front, i hit JB up the arse, he then rehit the car in front with my help

which sent him flying. when the smoke had cleared we were still in the race “yay” or so i thought, then the dreaded meatball flag “boo”

So 1 minute and 40 seconds of damage repairs ,and 25 seconds of that was mandatory …great. i would love to know what they fixed in 25 seconds.

Then just to make my race more lonely i had to pit again for a splash to get to the end of the race. The rest of the race for me was about letting the guys that still had a race to pass cleanly.

My race ended in 33rd position.

JB just kept plodding away and keeping out of trouble and came 20th.

Noel seemed to have a good race even with his stop and go penalty got back to 19th position.

Sonny Kanchin was the winner of the day, so well done to him.

I am sure the next race at lime Rock will go smoothly….Yeah right. 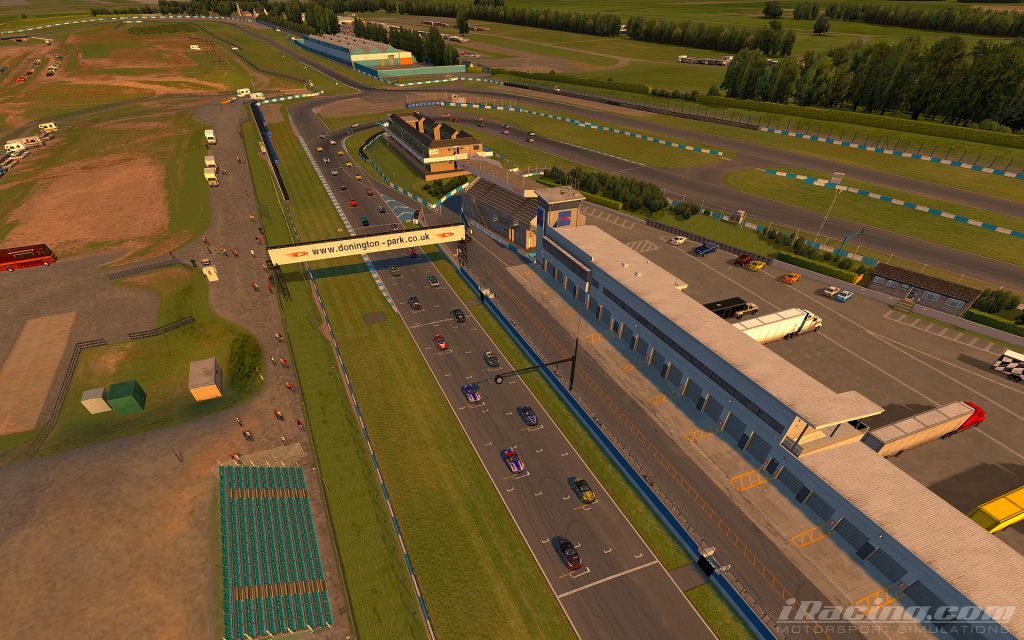 41 Drivers ready for the start. 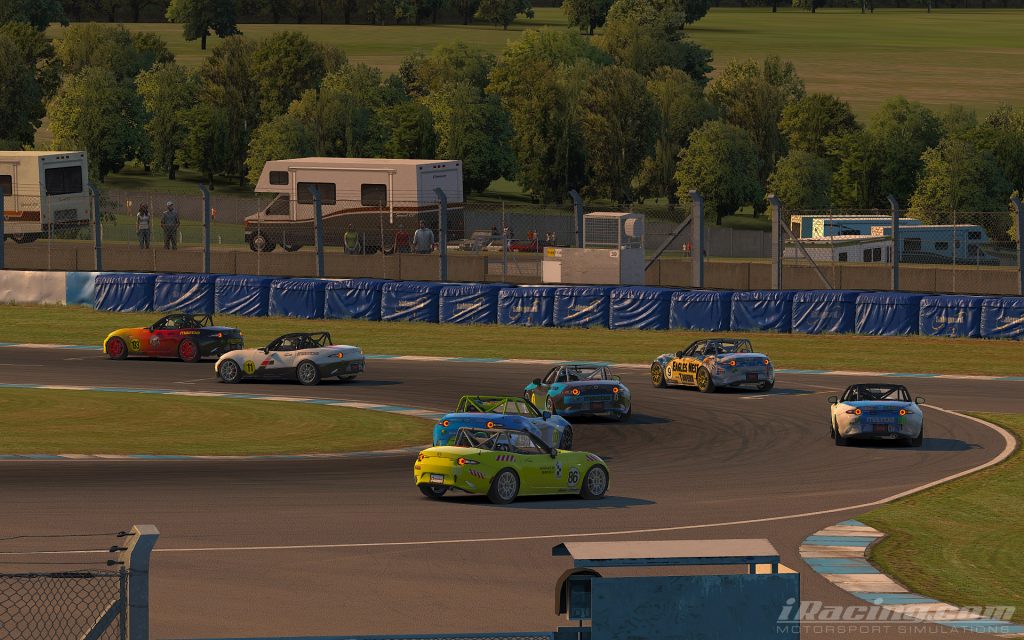 Me and JB not even facing the right direction for the start. 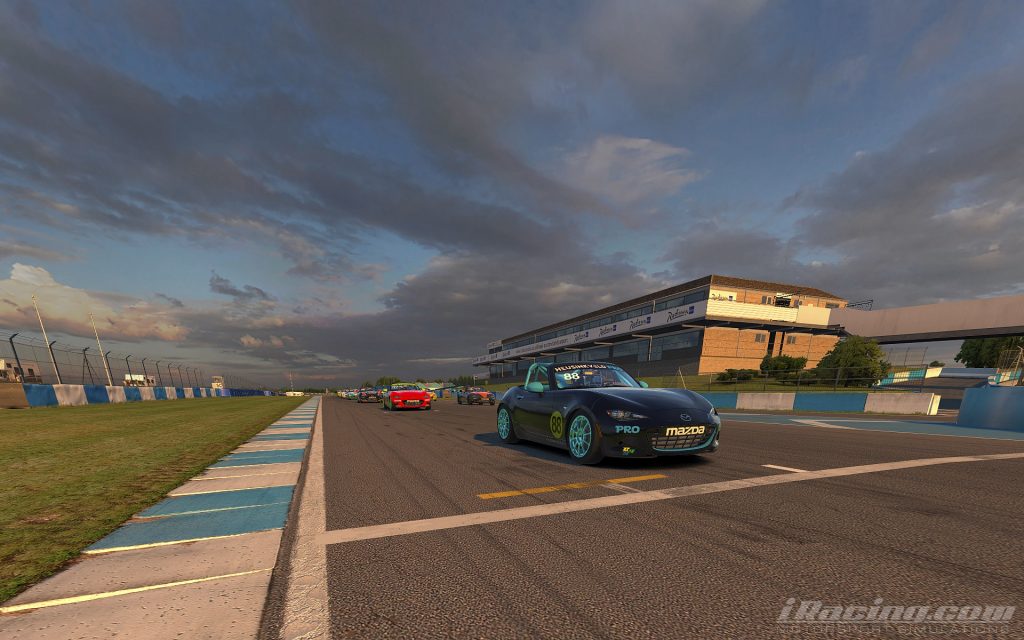 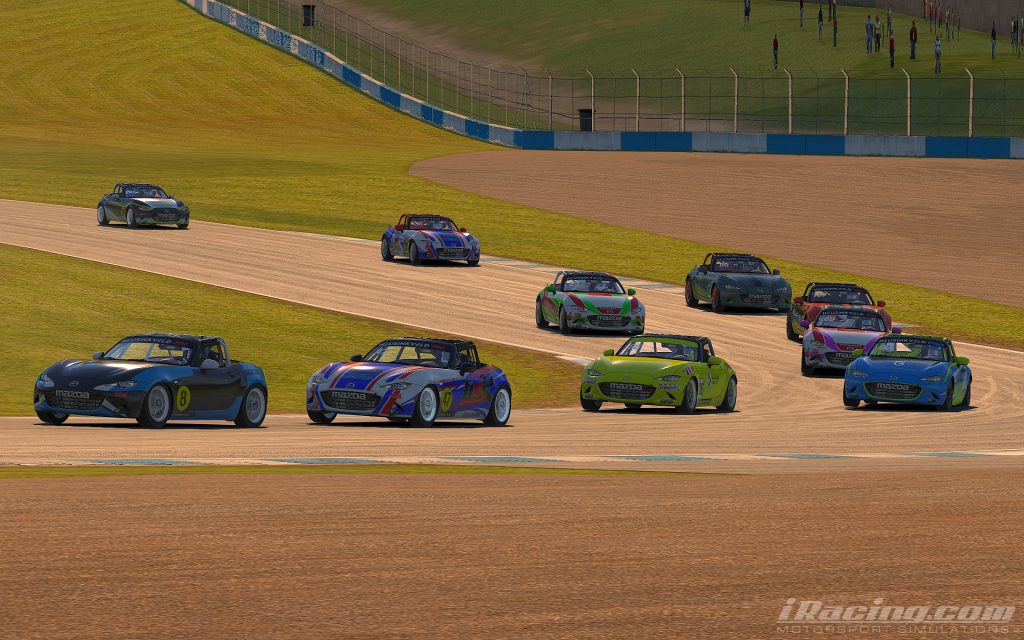 A gaggle of cars at the old Hair Pin. 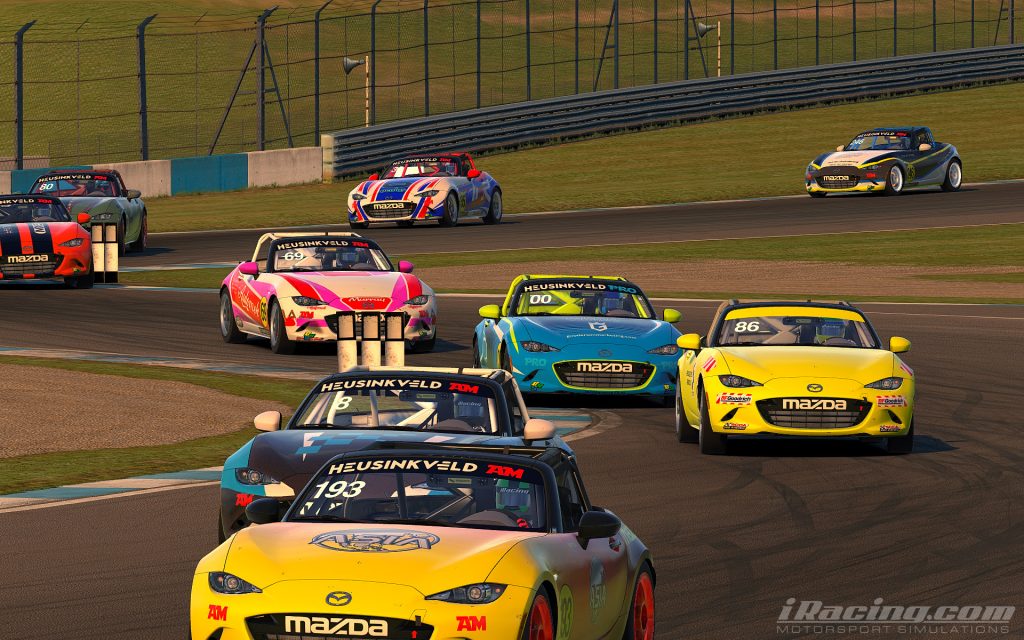 JB and Me at the Fogarty Esses. 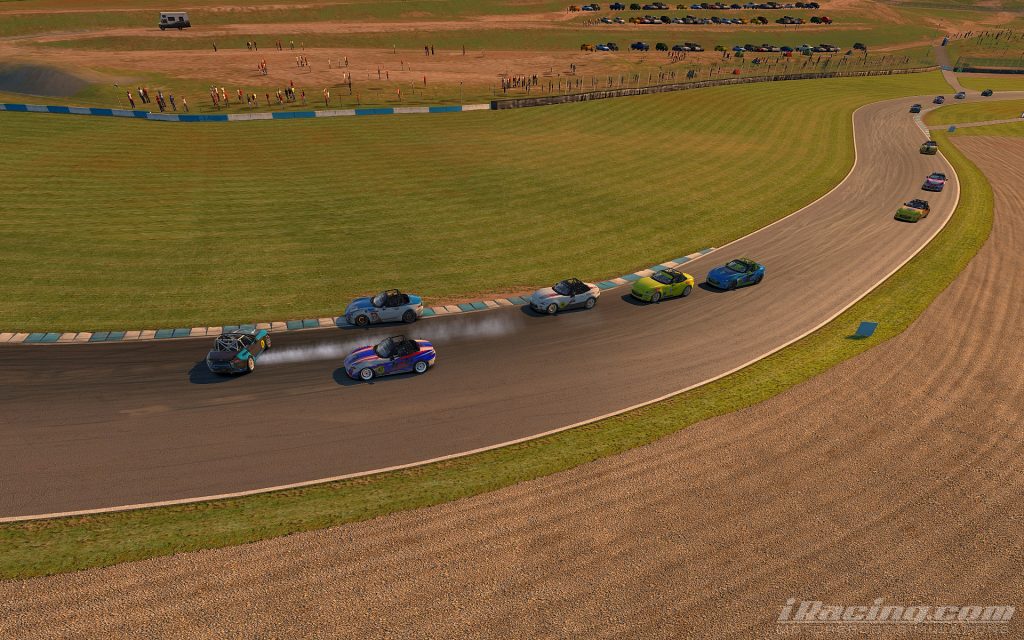 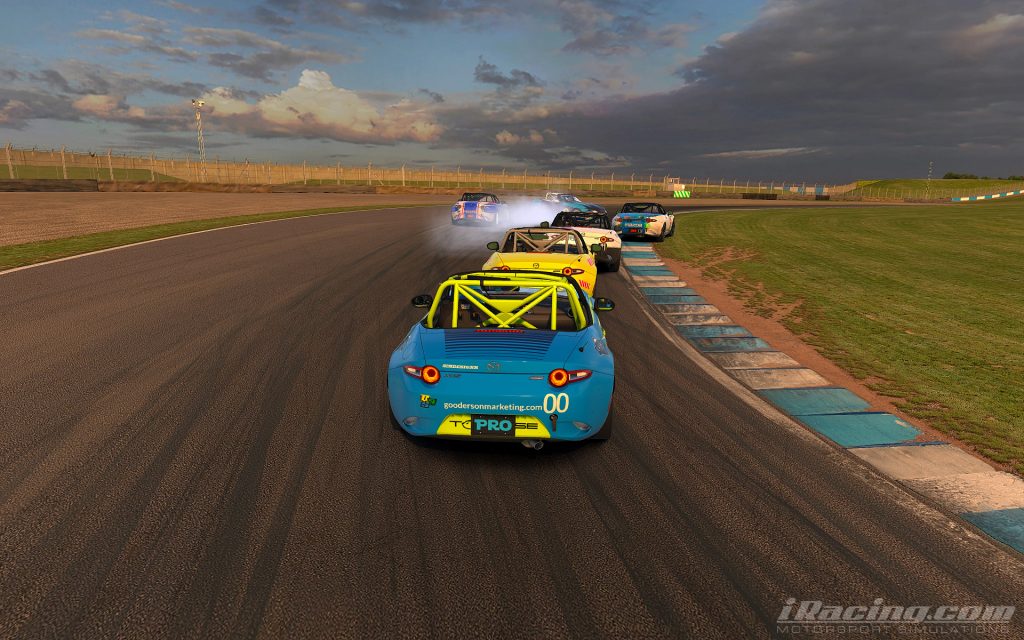 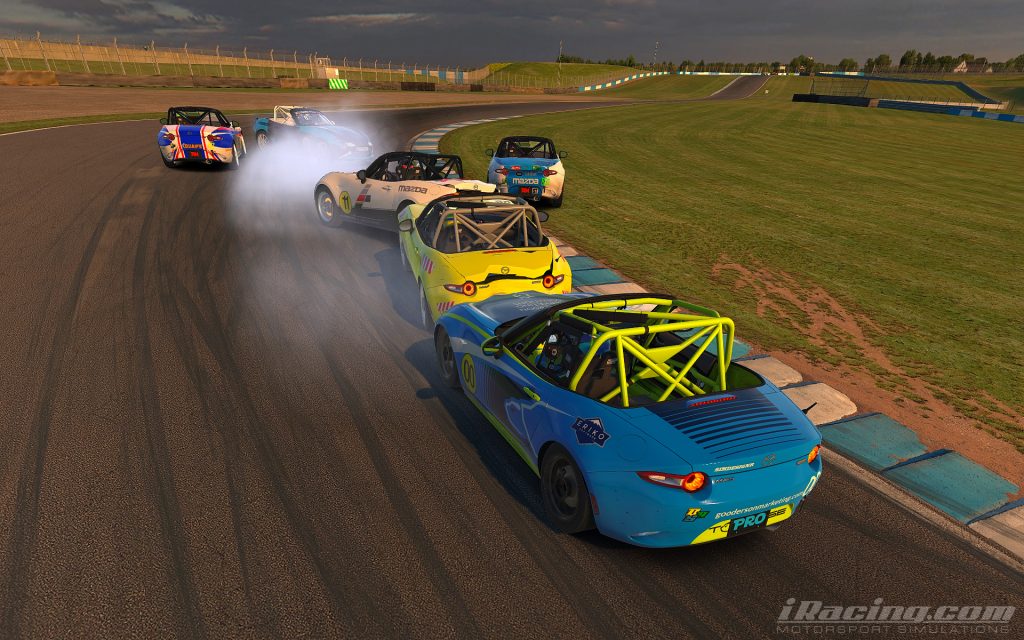 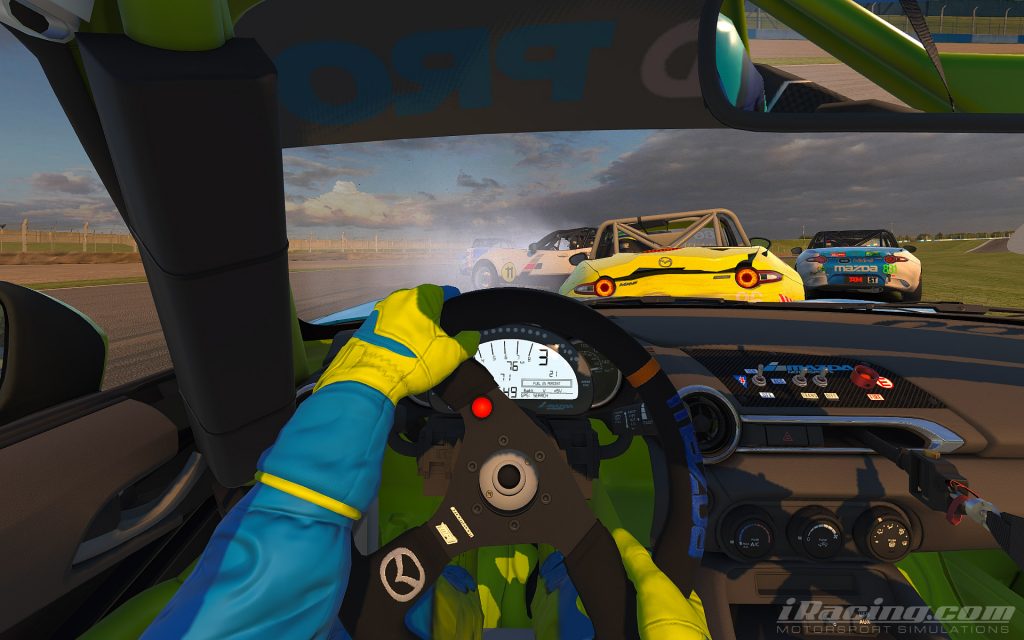 My view into the abyss 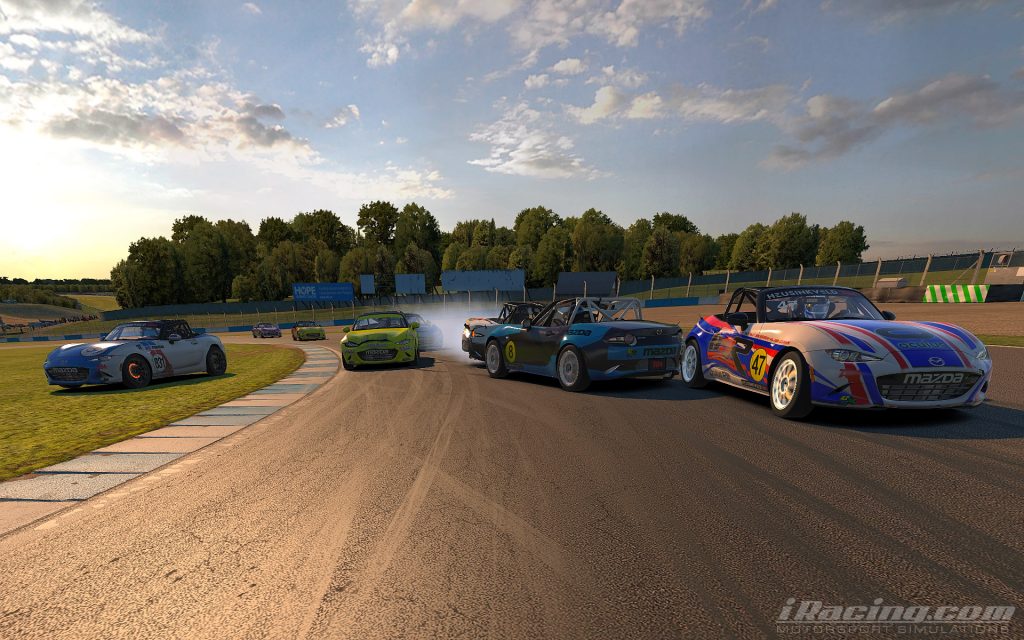 Oh we can squeeze through there 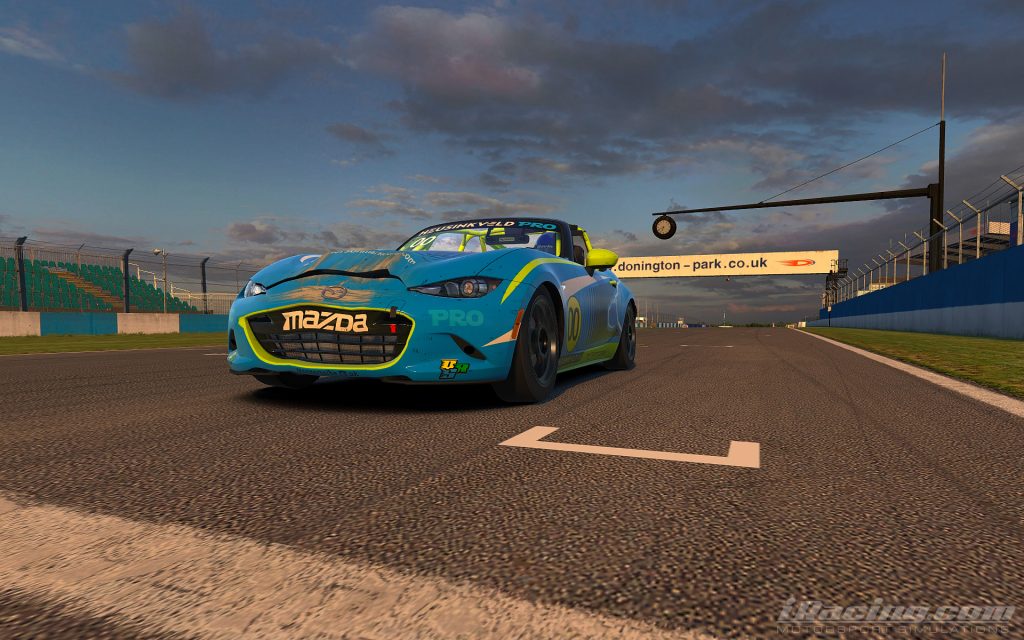 A slightly used MX-5 Never been raced or rallied 😛