So how did this come about some might wonder..
Well Jonathan Butel (JB) or Mr Le mans, told me he had joined this league, and he left it at that not mentioning much more about it, knowing full well, that I would go and take a look at the league rules and see what was involved.

I do some practice sessions in lot’s of different cars,
but I have not done much racing, only 39 official races in the last 3 years.
So I am a little bit rusty, not that I ever felt that fast anyway.

The last 3 years I have had some big problems with both my arms, but right now I feel ready to go again.

I though the best way to go about it was to start of in a slower car.
So after some research into this league, it seemed to fit my kind of racing. I have only raced the Mazda MX5 a couple of times and this was going to be a big learning experience.
I am expecting to be seconds off the pace, but no pressure in that regard. But as me and JB had not raced together for a long time, I thought, why not.

So after signing up to the league, I mentioned it to Noel Luneberg, so decided to sign up to the league as well.
After hearing us talk about the league, Tom Erik Voll signed up as well, but unfortunately Tom is still on the waiting list, so he might miss the first few races, as the league was full with 58 signed up drivers!

So onto the first race of the season, the qualifying format was ‘solo qualifying’ for 2 laps and as I was not to focused on hot lapping, I wasn’t expecting to much, I managed to do a 2,49.127, which put me in 28th place out of 50 drivers 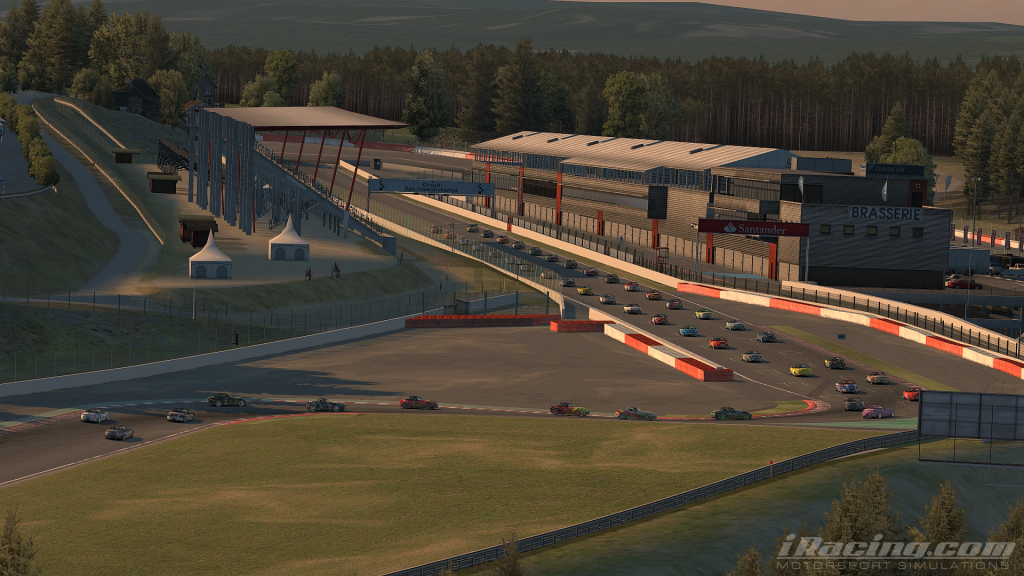 50 Cars ready for the start. 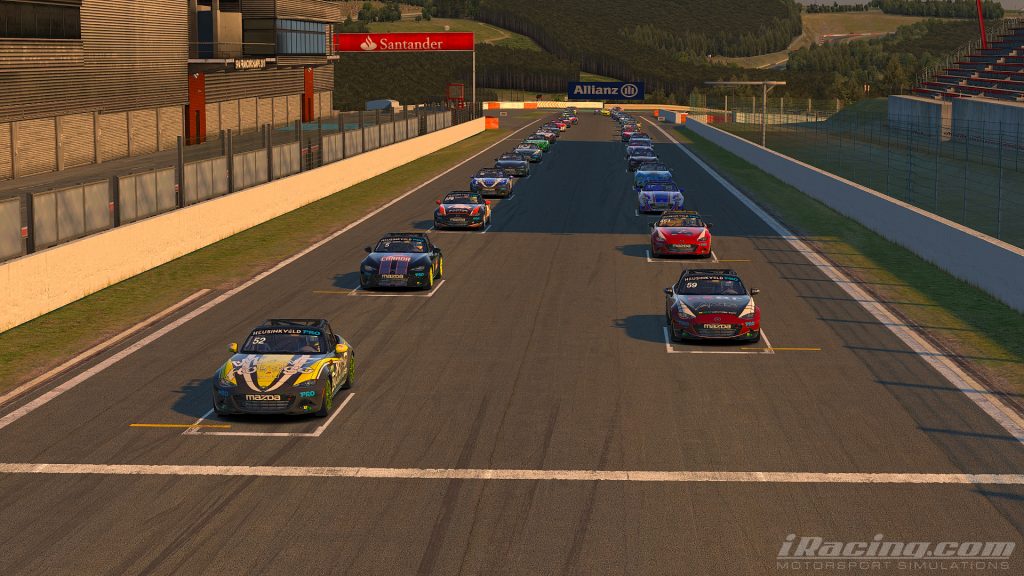 If you squint real hard you can just see me 🙂

The start of the race and the first lap went fine for Noel and myself, we lost a few places but more importantly, we both survived.
Sadly JB had a moment and spun at the end of the first lap at and ended up at the back of the field.

My turn for bad luck came in lap 4 at the end of the straight, I was knocked round by a very late dive bomb, which I was unable to avoid, which put me back in 40th, where I could keep JB company.

Noel was having his own battles and incidents with the big boys at the front.

From that point onwards, my race was about picking up places, after the pit stop I was in 27th, and by the end of the race
I was in 24th, after a good last few laps swapping places with Zachary. Fortunately, I managed to beat him to the finish line.

Unfortunately for JB, he had some distractions out of his control and the last corner bit him again on lap 11.
This was the end of his race, and retired in 43rd place.

While Noel was in 12th on the last lap, he spun and lost 3 places, and ended up in 15th place.

So quite an eventful first race, which was to be expected with such a big field.

Next race is September 23rd at Donington Park on the Grand Prix lay out. Hopefully we can improve our results there. 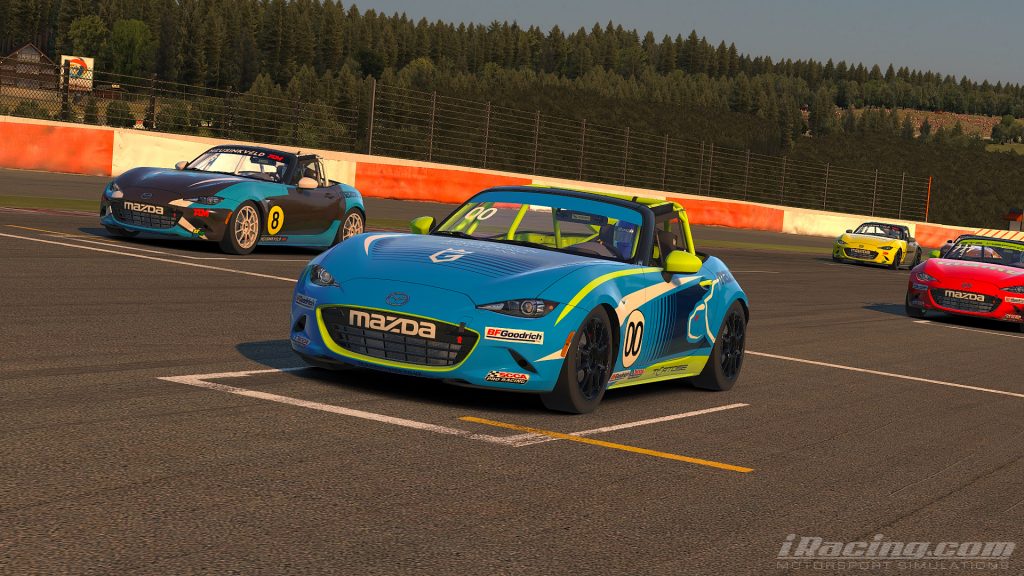 Thanks to Rens at Simdesignr for painting the Tortoise car. 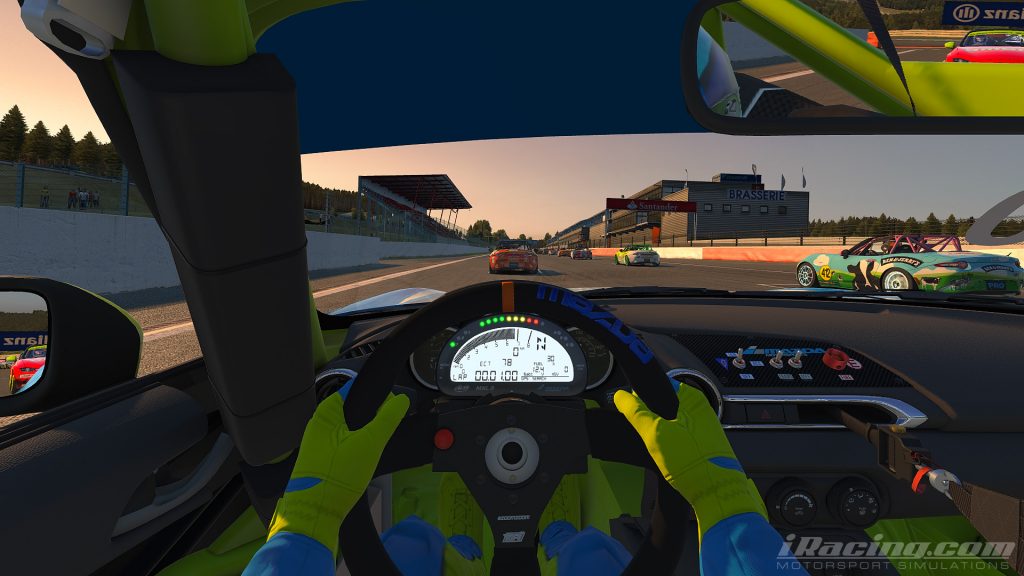 I need binoculars to see the pole man 😛 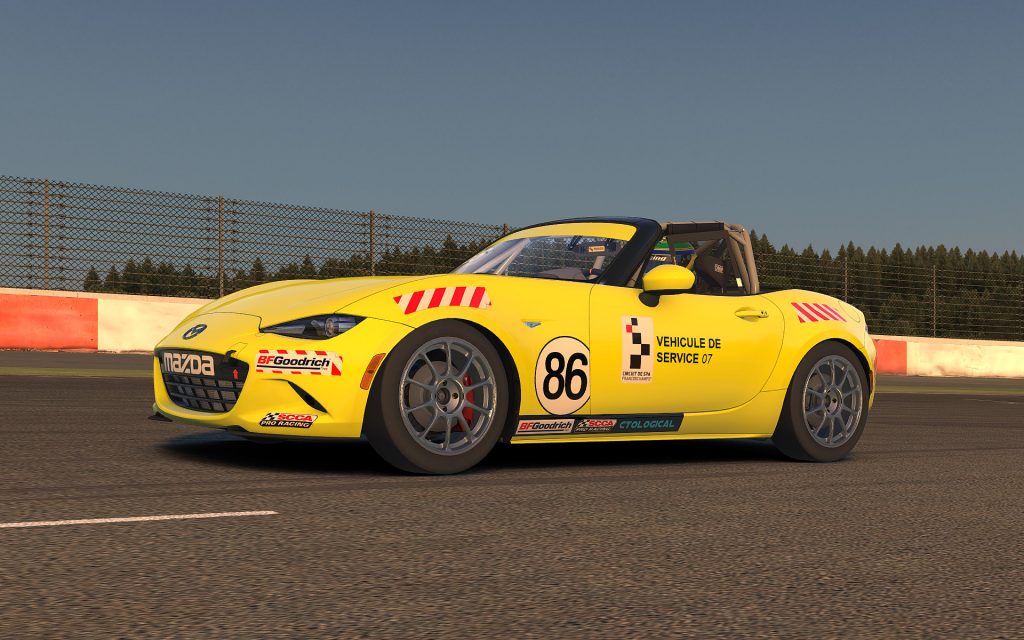 JB Waiting for a incident to clean up, and the 1st one was his own lol 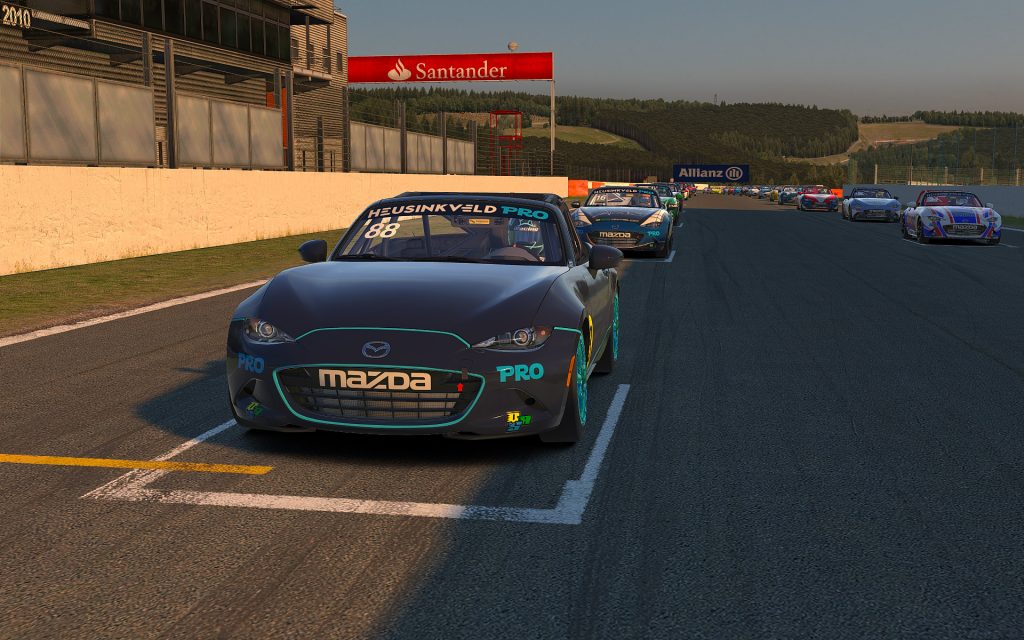 Noel Ready for the off, at the right end of the grid. 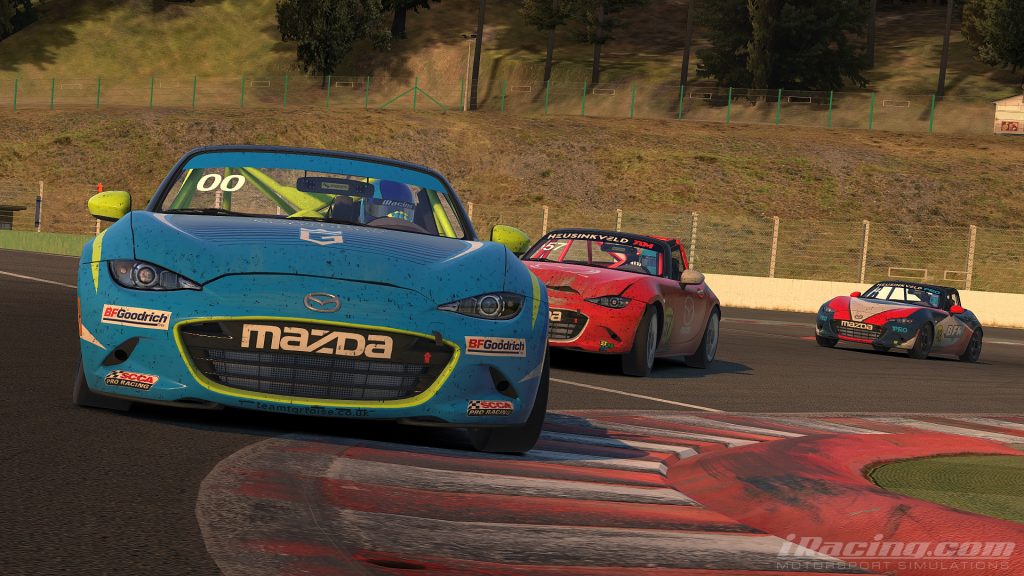 Me and Zachary last corner on the last lap. 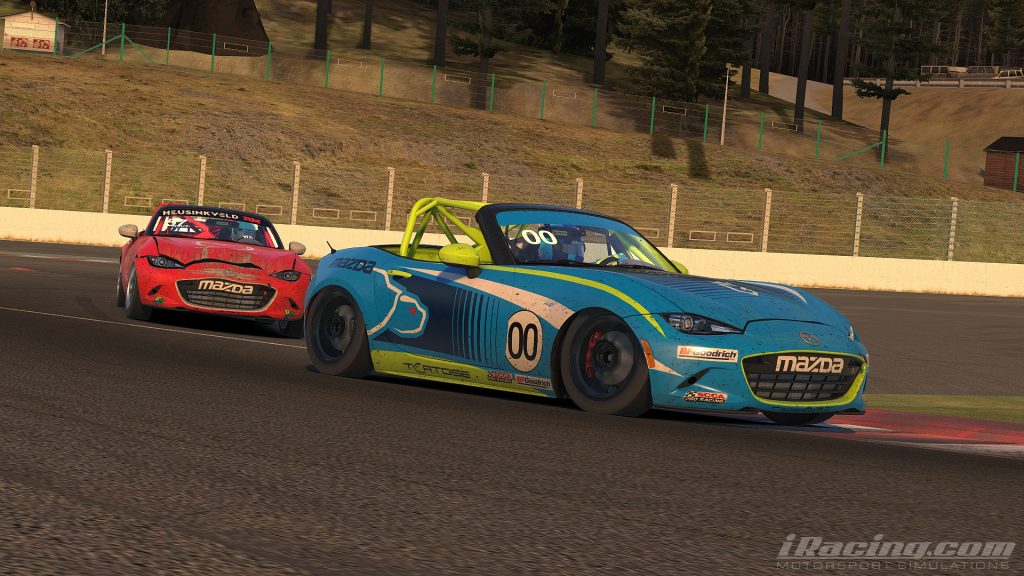 By Will Pittenger (Own work) [CC-BY-SA-3.0 (http://creativecommons.org/licenses/by-sa/3.0)], via Wikimedia Commons