ESRA Circuit of the Americas

All in one server this time

Not a lot to say really, i was not going to race here as i don’t like the track, i only joined to record the full replay

then the itch to race got the better of me.

There is always trouble at turn one and this was as expected and this race was no different,

even though we had a slowish start down in 29th out of 46 cars, no pushing at all and waiting for problems

2 cars in front stopped dead….well you don’t expect that, i hit the car in front but it was a 0 times

but my car had damage. 2 laps later a car just drove into the side of me and shoved me off track and another car drove into me

I just got on with doing laps, but i seemed to be racing a Corvette more then cars of my class, Every time i made progress to the GT3’s then this corvette was there and costing me loads of time at the corners, where we kept meeting.

and round he went, which also would have been fine except the had collected 15 inc already…this bumped him to 17 and he had a disqualification…i slowed to give him the place back…but he vanished..took me a few corners to realise what had happened

Well i ended up 13th but a crap race and one to forget. 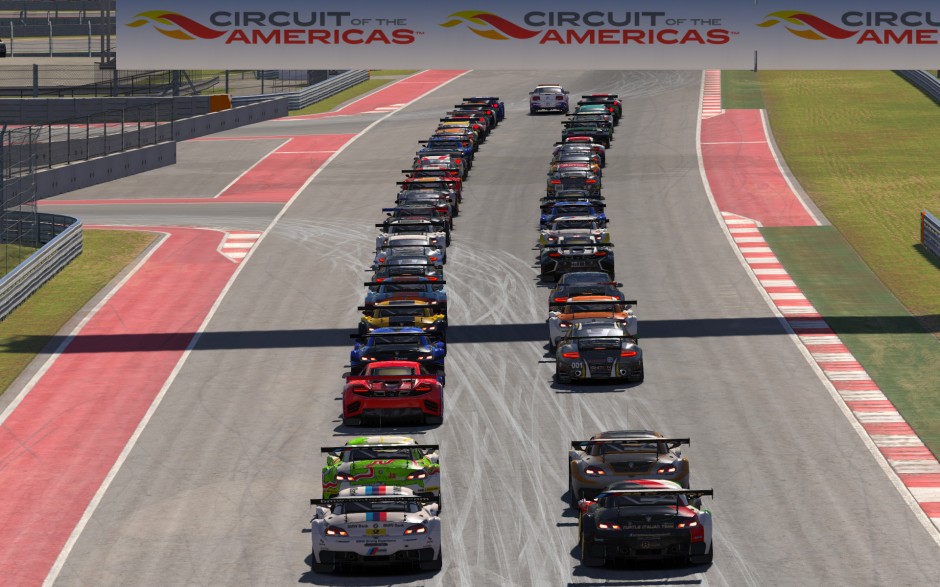 Thanks to ESRA for putting on the race