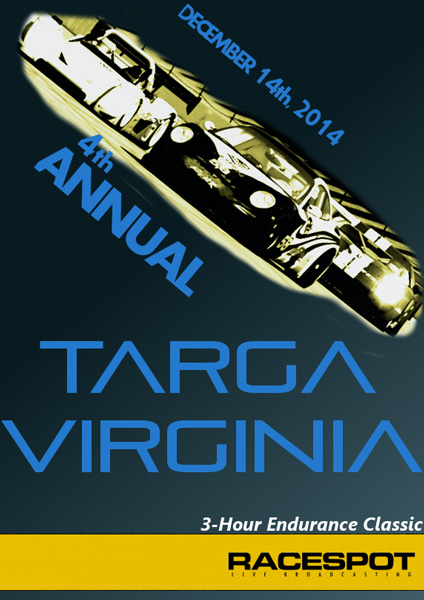 I will be entering the Team Tortoise car for this 3 hour race.

First of all i have a small problem of Qualifying for the popular event.

And i am not one of them 🙂 So if i can qualify and get in will be a miracle in it’s self.

Here are the Cars

For the fourth year in a row we return to the beast that is the Virginia International Raceway for (dare I say a new “classic”) the Targa Virginia.

Started in 2011, the Targa Virginia is a simulated endurance race run annually in mid-December. Originally meant to be an “authentic sim event,” the Virginia does not aim to recreate a real-life race, but rather give sim-racing it’s own premier event. Much like the Indy 500 is to Indycar, the Monaco Grand Prix to F1, and Le Mans to real-world Sports Car racing, the Targa Virginia is one of the most challenging and rewarding races in all of sim-racing. Attracting drivers from around the world, the race holds a special place in its participant’s memories which keeps them coming back year after year. Run over the 4.07 mile, 29-turn Virginia International Raceway Grand West circuit, the 4th annual Targa Virginia will test even the most proficient driver’s skills and concentration.

Do you think you have what it takes to win the Targa Virginia?….well no but getting in would be a win for me. 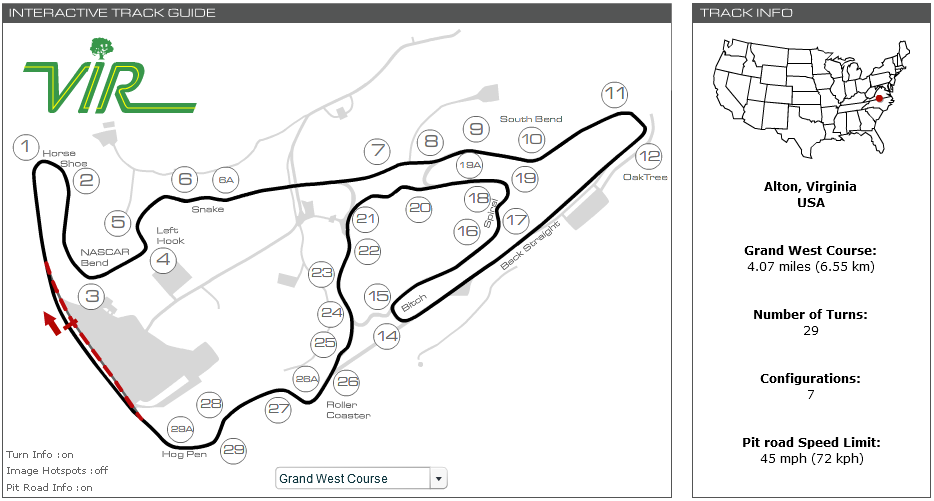 Check out the Hall of Fame for past winners: Click Here!

Qualifications
Qualifying will be held on Saturday 12/13 in the form of single-lap runs! Results from these sessions will set the grid for the race Sunday! You must be signed up for the race to receive the password for these sessions. In these sessions you will have 4 alone laps on the track to set your best lap time. You can try setting a time in as many of the sessions as you want, but each time you enter a new session you are revoking your previous best time! This is to hopefully give those who can only make one session an equal opportunity to everyone else!

Ok then as per the picture above i qualified in 16th place for the race, i only entered 1 Q session and did my lap on the 2nd go,

then i waited to see what the other drivers could do…..i did not care if i stated last, sp there was no need to go out again.

Well the start went off ok really, i was not pushing the guys in front and no one was pushing me for the first lap or 2.

Well the Ruf in iracing is well known for not liking clear sky’s and hot days,

And we had clear sky’s and 80 F so the car was slippy all round the track, really takes the fun out of it

but it was the same for everyone.

Then had clean laps until lap 44 with another off track.

With 5 laps to go the car decided it would not turn at the oak tree and would go into the tyre wall instead,

Lucky it was a slow ride into the tyres, left side front and door really and i got away with no damage

to the steering and no meat ball, so did not need repairs.

The Tortoise and the Hare played a big part in today’s Race.

My On Board Lap In Practice 60 FPS